$3 Million worth of donated gowns stolen 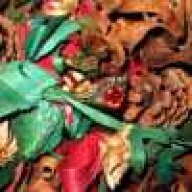 This is terrible-I went to one of this organization's events this summer. People suck, and I really hope they get caught. I believe Making Memories is starting to get a lot of new donations to replace the stolen dresses.

SCOTTSDALE, Ariz. -- Millions of dollars worth of wedding gowns were stolen from a company that uses its profits to grant wishes to women dying of breast cancer.

Thousands of gowns worth an estimated $3 million were inside a trailer parked in a hotel parking lot. The trailer, which went missing between 7 and 9 a.m. Sunday, is owned by Making Memories, an Oregon-based nonprofit.

"They've stolen the last wish and dream and hope of someone who is terminally ill," said Fran Hansen, the group's director and co-founder.

The group was on its way to a charity event in Los Angeles after going to Washington, D.C.

In addition to the 40-foot trailer, the group's 2006 white Ford truck also was stolen from the parking lot of Country Inn and Suites in central Scottsdale, police said.

Authorities have few leads because there were no witnesses. The truck's license plate has been entered into a national database of stolen vehicles.

Hansen said she hopes someone will spot the large trailer, which displays the organization's name.

Nick DiLello, owner of the Phoenix Bridal Show, donated three dresses to the group Sunday morning after the trailer was stolen.

His mother's wish was fulfilled in 2004 by Making Memories. She died three weeks ago from breast cancer. Maria Rosa DiLello had wanted to travel to Italy to see relatives but was too ill. So, the nonprofit purchased airfare for four relatives to come visit.

DiLello has been working since Monday morning on a charity wedding gown sale to make up for the theft.

"Gown donations are coming in quicker than we can find staging," he said.

He said with Making Memories, people can see contributions go directly to patients instead of research.

"It's unfortunate there isn't much more we can do," said Scottsdale police spokesman Sgt. Mark Clark. "We are lucky that it's a unique vehicle combination, so maybe someone will spot it."

The truck bears an Oregon plate, 983-CFB, but the trailer's license plate is unknown. Anyone with information can call Scottsdale police at (480) 312-2716.

Information from: East Valley Tribune/Scottsdale Tribune, http://www.aztrib.com<a
***
Love does not consist in gazing at each other, but in looking outward together in the same direction.
Antoine de Saint-Exupery

I hope these theives'' kindness is repaid to them by karma one hundred fold. Creeps.

I saw that article too and was heartbroken. But there''s no way the thieves can get away with it right? I mean, it''s a giant truck that WILL be found. And wherever it is found, investigators will look for massive wedding gown sales activity right? Am I naive to think that it will be easy to find them?

Tsk tsk on the theives. Makes me nauseous to think of the loss incurred by the women who donated their dresses and the women who would have benefited from the charity.

Oh how utterly sad! I was hoping to go to the event upon it''s arrival here in LA. I hope they catch the people who are involved in this scandal.

How sad and sick is this?!?

And what would someone want with a trailer full of gowns? I mean, imagine the hassle they will have trying to unload them in realation to the amount of $ they might get. Plus, HOW would you unload a truck full of gowns, especially now that it's all over the media? There must be easier/better things to steal.

Maybe they took the vehicle not knowing what was in it and will just abandon it when they realize what's inside.

(Of course I prefer that whoever took these gets caught and punished, but if the truck being found with the gowns intact is an option I'll take that too.)
The first fondle is free. (Posted just for you Monnie!)